The local government on  its meeting on 27 January, 2011 made a decision about the foundation of the Local Enterprise Improving Base. Its  aim was  to help the new and the existing local enterprises in the promotion of their new investments to create new workplaces. 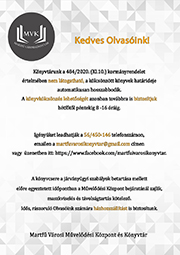